The Twitter Thread of a Young Nigerian Model, that Everyone Needs to Read

We came across this inspiring twitter thread that went viral on Dec 1st by an upcoming Nigerian model, Eniola Olanrewaju whose story took over Naija twitter with a message of hope lost and found. 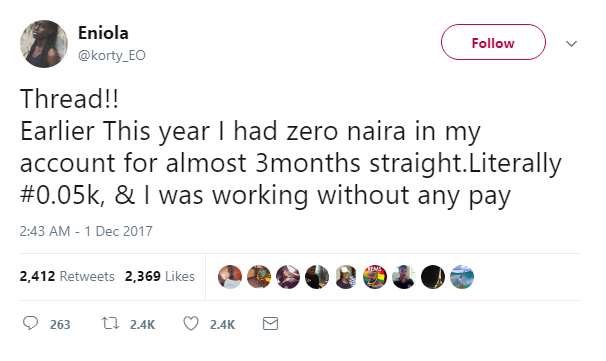 The 19-year-old model, Eniola Korty Olanrewaju took courage by the horns to share her inspiring and encouraging story on how we can all turn life’s lemons into lemonade.

This time last year, Eniola had to deal with compounding personal issues that led her into a state of devastation. Eniola shares how she was working without pay, her mum was ill and she came privy to the fact that her boyfriend was in another relationship via Instagram. Eniola also shared how she had failed a compulsory course at school and to make matters worse she had no money in her bank account.

Thread!! Earlier This year I had zero naira in my account for almost 3months straight.Literally #0.05k, & I was working without any pay – Eniola Olanrewaju 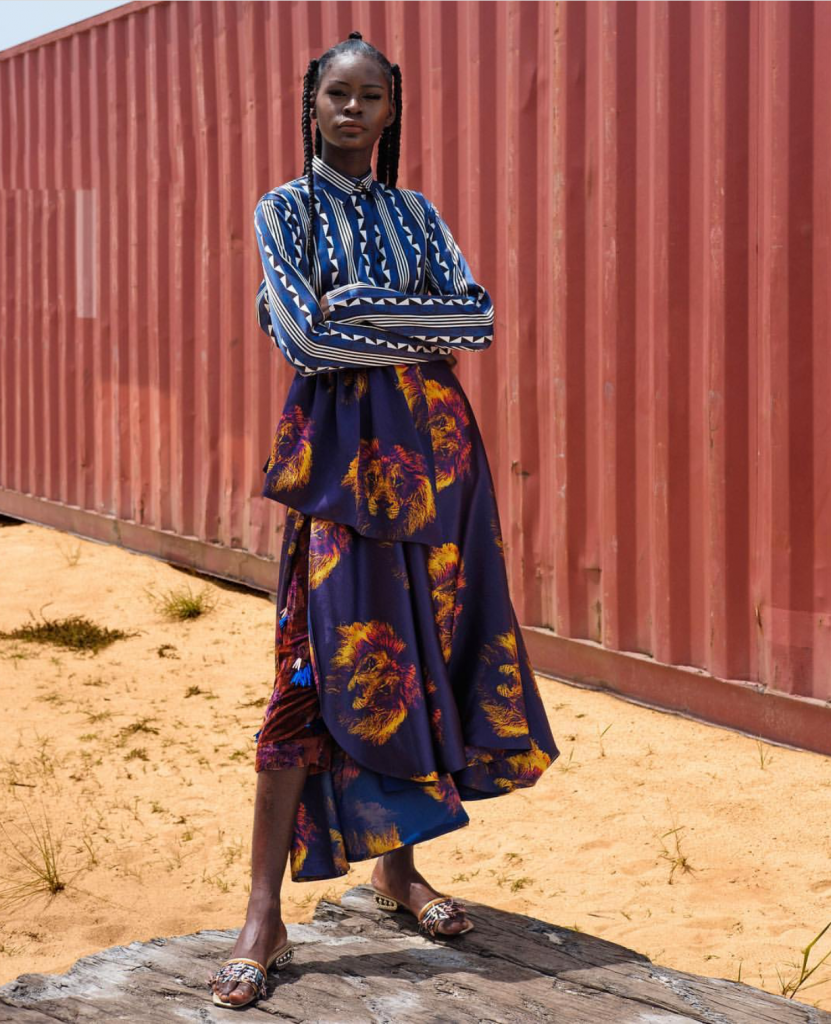 Eniola’s breakthrough began when she took ill and decided to take a break from everything and everyone, to spend time with God and her family. She had signed up to Few Models modelling agency on a whim but little did she know that it would lead to a series of call backs, from modelling at the Lagos Fashion and Design Week and GTB Fashion Weekend to musing for Lisa Folawiyo’s SS18 Kwenu collection. To put the icing on the cake she’s just landed a new job with Ndani TV. 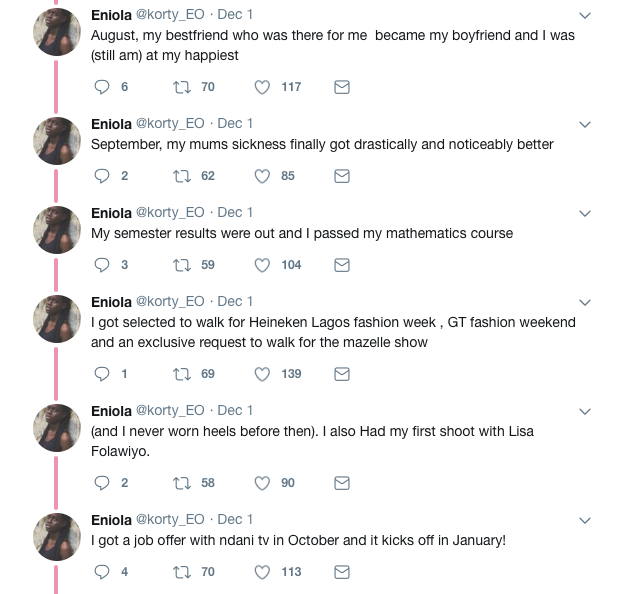 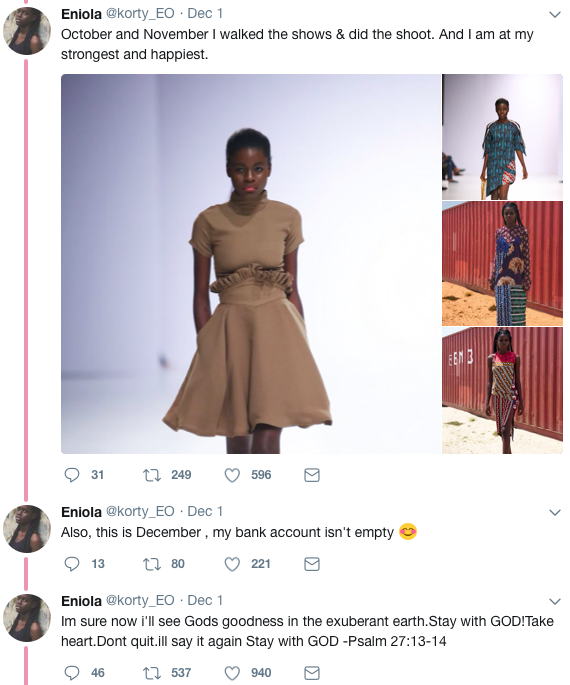 We think this thread is the perfect backdrop to the last few weeks of the year – for reflective thinking and resilience building. This is a story of hope and unwavering faith and we hope you see such breakthroughs in your lives!

What do you think about Eniola’s story? Share your thoughts with us below